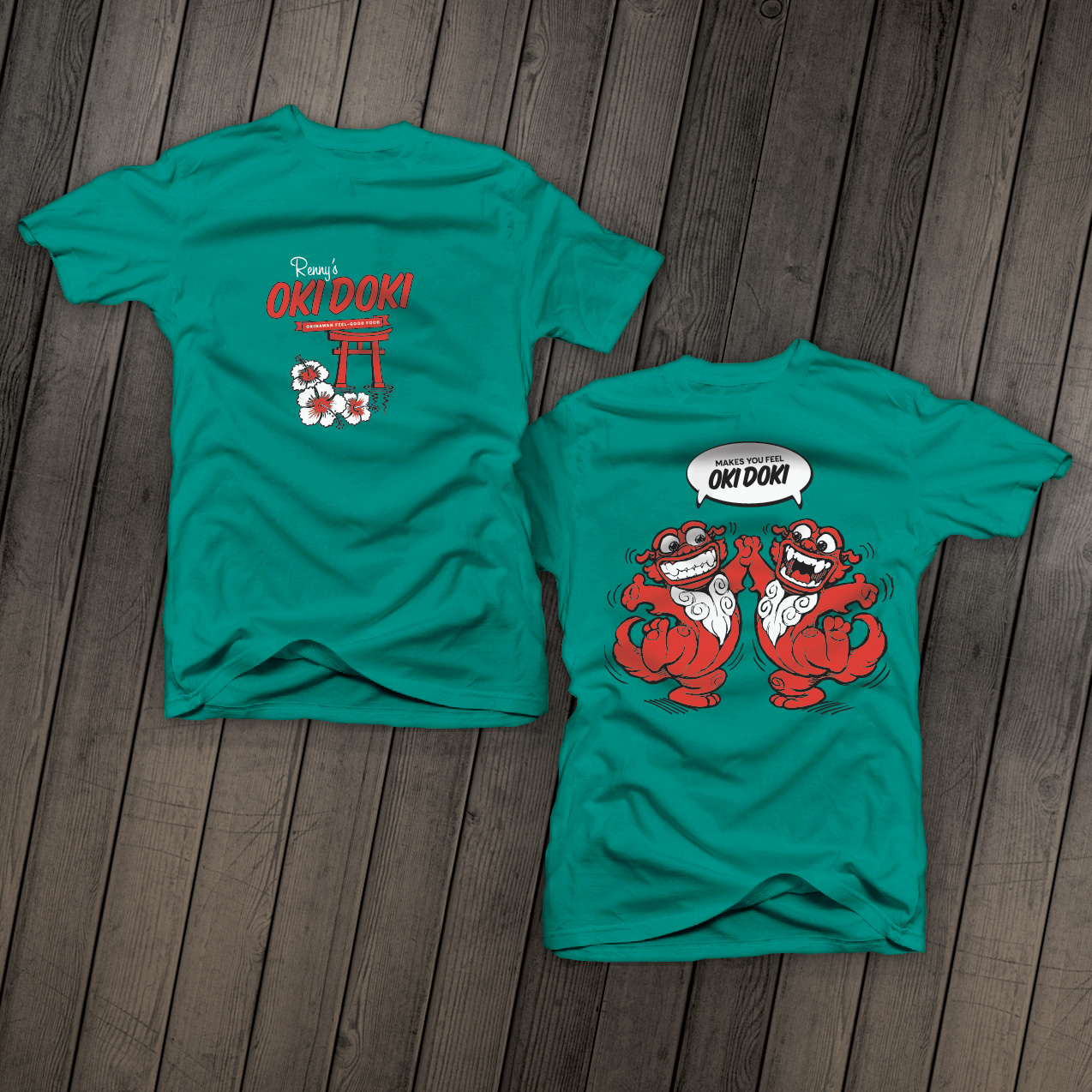 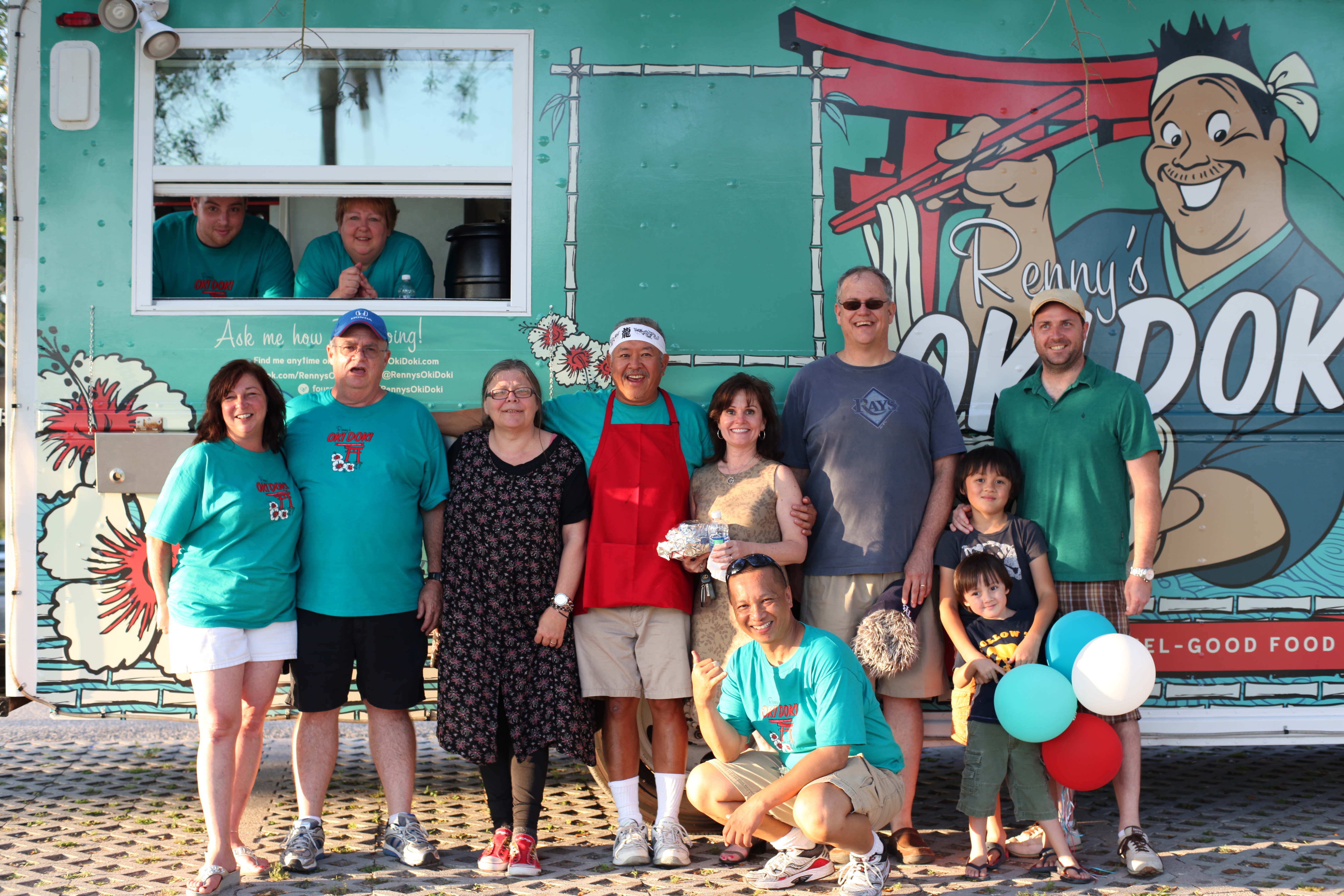 Ruben also created these shishi dog characters and hand drew each cell of the animation. His brother Leo did the coloring, wrote, performed and recorded the great audio and digitally animated the final product. The only thing I contributed was a bit of art direction making sure the coloring etc fit with the Renny’s Oki Doki branding.

Some Of The Press Coverage

The Tampa Tribune, newspaper and online

My latest favorite is the Oki Doki truck operated by Renny Braga. Born in Iwakuni, Japan, to a Portuguese father and Chinese mother, Renny grew up on the southernmost Japanese island of Okinawa. He now lives in Tampa. Earlier this year, he decided he wanted to serve the food he grew up with on Okinawa.

I have to say I’m a big fan of Renny’s, mostly because he has an amazingly positive disposition. And he’s got a great story.

Another sign of his popularity: When he used the site Kickstarter recently to raise $4,500 to finish the decoration of his truck, he wound up with $10,232 in donations instead.

After falling in love with his project, we reached out to Renny for some insight into his delicious food. “I don’t have exact ‘measured’ recipes that I could share,” he wrote back. “But I love talking about the food I plan to make.” Sounds good to us! You can check out Renny’s project here — we recommend his ultra-charming project video — and browse the stories behind his three, favorite dishes below. Yum!

The City of Tampa